Manusmriti has references to Brahmins tasting meat as part of Vedic rituals. But there are no references that they consumed meat as food. Just after restrictions were imposed on slaughter of cattle across India, a relative of mine quoted the Manusmriti to argue that Brahmins of yore in India `ate’ beef.

So, did Brahmins of yore in India eat beef?

There cannot be a clear-cut answer as there is no direct evidence. Many depend on Manusmriti, an ancient legal text in Sanskrit, to prove the point. At the outset I would say that Brahmins of yore did eat, rather taste, meat, even beef, as part of Vedic rituals; not as food for breakfast, lunch or dinner; never for pleasure. I shall come to that with the intro below.

Firstly, Manusmriti, used by the British Raj to formulate Hindu law, is a series of guidelines, not rules, supposed to have been referred at around 2nd Century BC and attribute to Manu.

Also Read:  Why should we visit temple regularly?

Secondly, nobody knows which is the original Manusmriti as there are over 50 manuscripts in circulation.

Thirdly, scholars agree that the various manuscripts of Manusmriti discovered in India are inconsistent and, on many viewpoints, contradict one another.

Even in one text one can find glaring inconsistencies thus raising serious doubts about its authenticity. Some scholars say many insertions and interpolations were made over the years to suit the life and order of the day.

But there are a few things in common among various texts.

Among them is that Brahmins `ate’ meat. You may hit the ceiling in surprise, but wait. Let me explain.

We are dealing with a time much before the advent of Buddha and the Bhakti cult of Chaitanya Mahaprabhu. The texts of that time did not speak of gods that we know of today — like Krishna or Shiva. Ganesha was unknown. Religion, at that time, around 2nd century BCE to 3rd century CE, when there is record of what Manu told Bhrigu on dharma topics such as duties, rights, laws, conduct, virtues and others, focused entirely on rituals.

(Many say the Manu being referred here is Swayambhu Manu, the spiritual son of creator Brahma, ordained to spread the race of humanity on Earth. In a sense, the Adam of Hindu religion. Bhrigu was one of the seven sages and the creator of predictive astrology)

From Manusmriti, one can infer that the religion at that time was solely Vedic in nature – full of homas and yagnas.

In every yagna and few key homas, animal sacrifice was a must. Mostly it was horse, ox or cow. And according to Manusmriti, the Brahmins who conduct these yagnas and homas were supposed to taste the meat of the sacrificed animals. Chapter 30 Clause 22 of Manusmriti states that beasts and birds that could be consumed may be slain by Brahmanas for sacrifices, and in order to feed those whom they are bound to maintain; for Agastya did this of old.

Clause 28 states that the Lord of creatures (Prajapati) created this whole world that should be sustained. Both the immovable and the movable is food of the vital spirit.

The justification for sacrifice is in Clause 39. It states that Swayambhu himself created animals for the sake of sacrifices (again, not for food); sacrifices are for the good of this whole world; hence the slaughtering of beasts for sacrifices is not slaughtering in the ordinary sense of the word.

Clause 31 makes it clear that the animals can be sacrificed ONLY as part of a ritual. In other words, Brahmin of that time did not have meat on their plate for breakfast, lunch or dinner. They were supposed to taste the meat in or near the yagnashala, cooked by the yagna fire. 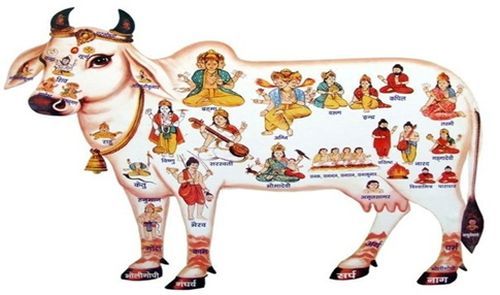 The Clause states that the consumption of meat of the sacrificed animal is declared to be a rule made by the Gods. The following line is important. It says using of meat on OTHER occasions is the trait of Rakshasas or people with devil’s intent.

Clause 32 is a further clarification and states he who eats meat, when he honours the gods and manes, commits no sin, whether he has bought it, or himself has killed the animal, or has received it as a present from others.

But much of focus in this chapter on eating habits is on being vegetarians. Clause 36 states that a Brahmana should, cannot and NEVER eat meat at other times (except as part of a ritual).

Also Read:  The significance of mantras in Spiritual awakening

The next Clause says that if a Brahmana has a strong desire to consume meat, he may make an animal of clarified butter and eat. This is followed by a warning: but let him never seek to kill an animal without a lawful reason.

If anyone kills an animal for personal consumption of meat, Clause 38 has a curse as a warning. It states that as many hairs as the slain beast has, so often indeed will he who killed it without a lawful reason suffer a violent death in future births.

Clause 52 goes further and says there is no greater sinner than the man who, though not worshipping the gods or the manes, seeks to increase the bulk of his own flesh by the flesh of other beings.

Another warning comes in Clause 45 which states that he who kills or injures an animal for pleasure never finds happiness, neither living nor dead.

Clause 48 says people should shun eating meat because meat can never be obtained without injury to living creatures, and doing so is detrimental to the attainment of heavenly bliss; let him therefore shun the consumption of meat.

Clause 50 says he who disregarding the rule stated above and does not eat meat, becomes dear to men (respected by others) and will not be tormented by diseases.

I had earlier mentioned of certain glaring contradictions in Manusmriti. After ordaining punishment for killing animals, Clause 30 contradicts all this. It states that the eater who daily even devours those destined to be his food, commits no sin; for the creator himself created both the eaters and those who are to be eaten. However, there is no mention of animals in this Clause. It could be plants as well.

Another contradiction is in Clause 29 which states that animals that are dead can be consumed. What is destitute of motion is the food of those endowed with locomotion. Similarly, there are a couple of references to serving meat to special guests. Here there is no reference to Brahmins. The above two clauses may be interpolations added at a later date to suit the Kshitriyas.

But two noble souls tossed the entire Manusmriti and rituals into the bin. The great Adi Sankaracharya and Gautam Buddha.

Ordinary people of the Vedic times could not associate themselves with religion or rituals. They were not allowed to participate in the rituals and what they heard in these rituals was Sanskrit intoned in a special style which all Greek and Latin to them.

Religion was not participative. Ordinary folks were only mute spectators who viewed the rituals with awe and fear.

First Sankara changed all this. He rubbished most rituals and preached Advaitha or non-duality. All beings are one. No caste, colour or creed. He established four matas to spread the tenets of Advaitha based solely on dharma and righteousness. Animal sacrifices came to a standstill. But many could not relate to his philosophy couched in Sanskrit. Obviously, coming from Kerala, Adi Sankara had a communication problem. He could communicate only in chaste Sanskrit. Thus, the entire movement was later taken over by Sanskrit-knowing Brahmins, not ordinary folks. This despite the philosophy of Advaitha which states that the same god resides in every individual and that the atman is no different from Brahman.

Then came Buddha. The Great Buddha changed all this. He propagated tenets that was just the opposite of Vedic rituals – simple and every man could relate to these basic rules of life.

He did not have a language problem. The Buddha spoke in a language called Magadhi Prakrit that was spoken and understood across a huge swathe of land comprising the ancient Magadha kingdom located in the eastern Indian subcontinent. This region today spans from modern day Nepal to large parts of Bihar to Bangladesh and beyond.

The Buddha threw out both Sanskrit and the rituals and was able to strike a cord with the aam aadmi. He found animal sacrifice a sacrilege and propagated non-violence and compassion towards animals. The first vegan movement took birth.

People in hoards joined The Buddha and embraced Buddhism which broke the walls of caste, creed and colour. Every human being was equal, every animal had the right to live.

Vedic religion received a body blow with the spread of Buddhism. The Brahmins of that time were worried. They were increasingly getting isolated.

But Buddhism had one flaw: there was little room for spiritual progress. Latching on to this, scholars at that time shifted focus from rituals to story-based bhakti with the promise of a spiritual progress that ends in Moksha. Ancient texts like Srimad Bhagavatham were revived and the focus shifted from rituals to physical gods. It is noteworthy that these texts were credited to Veda Vyasa who was not a Brahmin, but the son of the daughter of a fisherman and wandering Sage Parasara.

One of his sons is Vidura, a noble soul, who, again, was born out of a maid. People could easily relate to these noble souls. Brahmins took a step back, but still controlled religion.

With the advent of Bhakti and texts like Srimad Bhagavatham, animals came into prominence and started getting revered as gods – Garuda and other birds, snakes, monkeys etc. The most prominent animal that got revered and respected was the cow – the favourite of Lord Krishna.

There ended the beef story once and for all. But the second body blow to meat-eaters came with the Bhakti Cult headed by Shri Chaitanya Mahaprabhu. After Buddha, he was the first booster dose that Hinduism received. Again, no mumbo-jumbo Vedic Sanskrit, caste, creed or colour. Just pure and unalloyed Bhakti to Lord Krishna. He summed it rightly: The ancient sacrifices and the ancient gods, they are all gone; modern India belongs to the spiritual part of the Vedas.

To quote the Mahatma: “I hold Manusmriti as part of Shastras. But that does not mean that I swear by every Clause that is printed in the book described as Manusmriti. There are so many contradictions in the printed volume that, if you accept one part, you are bound to reject those parts that are wholly inconsistent with it. Nobody is in possession of the original text.”

So, to sum it up, Brahmins tasted meat as part of Vedic ritual, not as food. But take Manusmriti with a large pinch of salt, not beef.

PS: The above article is not in support of eating beef or against it. It is neither meant to show Brahmins in a different light. My endeavour has been to go through the history of religion to showcase some facts. 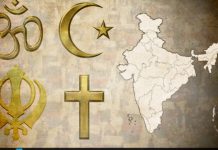 What does the history of laws to prevent ‘conversion’ in the country say? 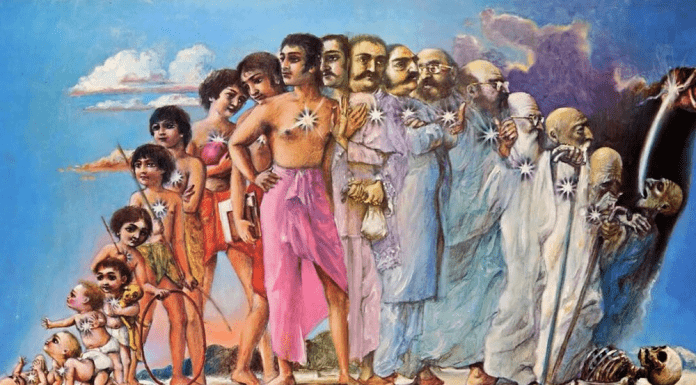