A readable reference on the history and traditions of Hinduism.

Encyclopedia of Hinduism explores a religion that emerged from prehistory and lives today in astonishing variety. Offering approximately 700 A-to-Z entries, this accessible encyclopedia focuses on the most significant groups within this religion, noteworthy teachers and their contributions, the religions and cultural movements that enriched its history, and the diaspora of Hindu thought and practice around the world. Two major religious traditions that sprang from Hindu influence, Jainism and Sikhism, also have many related entries.

A comprehensive introduction, further readings, cross-references, and a chronology, in addition to photographs, a general bibliography, and a thorough index, make Encyclopedia of Hinduism an easy-to-use and essential reference for both researchers and general readers. 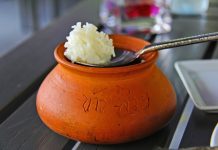