“Happiness” seems to be the goal of every life.

we all want happiness But human beings differ in their understanding of the meaning of happiness. and how to escape from suffering

The first group, which is the largest group It has been said that almost all human beings whether they differ by class or how It is a group where happiness arises from “fulfilment”, thinking that they will get something and get what they had hoped for. or not so much

This largest group of people nurture their enjoyment by inventing, searching, devoting, and hoping for what they believe will make life better. in the form of various achievements and manage life to reach that success If you can, it will be exhilarating. bright smile

If you can’t, or feel like your life has failed. damaged as expected Will be dissatisfied and distressed for those who have problems in this group will adjust their attention away from the disappointment. Go for other entertainment. Watch movies, listen to music, travel, read books, and have fun with friends. Find happiness from the things that you can find.

A person who is prepared, such as wealthy, has enough money to buy happiness in various forms, is easier to avoid the uneasiness caused by disappointment. And there are better ways to create new hopes. to find a way to be more successful

In most of this What is sympathetic is that people with no wealth can easily avoid finding other happiness. and there is no opportunity to change hopes in pursuit of fulfilment or success. I have to be stuck with The same “disappointment” and can’t make my heart escape from that failure. because there is no other way to avoid relaxing from the thought of the unfulfilled

So even if they’re the same group, it’s true. But the entertainment is different. Only sometimes, despite being wealthy and a noble person, the disappointment in the feeling of being too heavy to be healed by the tools of class and status will make one no matter how wealthy. Or have the opportunity to escape life to enjoy other things? that can’t put it down I have seen a lot.

in this large group Who collects the opportunity to find happiness Whether it’s tools such as wealth, money, friends, various entertainments more, there will be a way to escape from matters that cause suffering more easily Life will be able to live with happier times.

That was the way of the first group.

For Group 2 and Group 3, it is a life that goes deeper the humanity. Therefore, there must be a lot of details to explain the exchange.

The second group, which was much less than the first group, were those who relied on peace. Simplicity is happiness. Life does not depend on hopes or dreams. The meaning of happiness lies in comfort. Do not become overwhelmed with the necessity of a simple and peaceful life. Happiness depends on having good and beautiful dreams.

The third group went further. because it will be a human being who understands the essence of life release everything not attached to anything Has a state of mind that is free, open, telepathic, and has the power to choose what feelings to consume. Drinking and not taking it must be like that change according to the current state of the moment at any time

This group is less And it’s probably more difficult to explain.

For this reason, Group 1 is mostly human. or almost all

The pursuit of happiness in general, Therefore, it is a matter that must be understood first.

If you want to exchange the story of Group 2 or Group 3, let’s talk about it again. 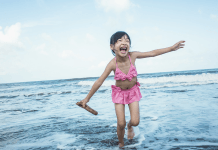 What to do if there are no friends? 55 ways to find friends 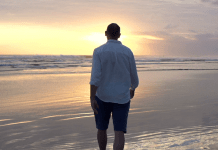 What is the essence of each person’s life: the search for the meaning of life