Life rarely goes the way we planned. Very often it turns out that much that happens, which you consider a defeat or failure, turns out to be a victory in the end. God has a plan for you.

Why are you always unlucky? You are not following the best life plan that has been prepared for you. Sometimes we look only a few steps ahead, not seeing the whole perspective of life. We complain about fate, we Noah and fall into depression, instead of seeing and understanding the lesson taught by life.

All your failures and troubles are lessons that you must learn and pass. Learn to see it as a challenge and the best plan for life.

The girls left and you think that everything is bad? In 99% of cases, this only benefits the man. One of my comrades was thrown by a girl and went to another, as it turned out, to a more wealthy man. You could whine, complain about fate and troubles, or you could take it as a lesson. The comrade went to courses, changed his job to a programmer and began to earn very good money. In another similar love situation, an acquaintance went to work in Europe and now travels around the world. Both guys were glad that everything happened to the girls. If there had been no parting and such a shock, they would have remained in place and would not have changed anything in life. God had other plans for them, but they got stuck and needed a big push.

One comrade was laid off from a job where he worked long and hard. This was a blow to his pride and desire to live. Six months later, he lived in another city and got a job many times better than he had before. He was incredibly happy in his new life. It was hard for him these months of change, but now he thanks God that they cut him, and not someone else.

My classmate always got good grades, but he failed in one subject. He re-passed the exam, but not much better. Initial experiences gradually gave way to a different mood. A classmate took this as a lesson in humility. Getting the highest score does not mean that you are the smartest person. It was one bad grade that taught him the most important thing in the university, as he later said.

One middle-class businessman was getting worse and worse. The profits of his firm fell and fell. At first, he was very worried and even began to drink. His family and wife pulled him out of this depressive abyss. Gradually, he began to look at everything with a smile. His income was halved, but he revised his outlook on life. It taught him that the most important things are not material things. He spends more time with his family, relaxes more and enjoys life more. Life is too short to spend it all chasing money.

“God is good and He wants the good for everyone – the best plan. We need to believe and it will be revealed to us. Look to God, trust Him and He will lead you to His best plan” How to conduct a conversation? 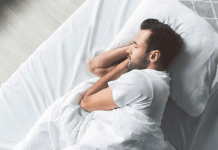 Navratri 2022: What is the relationship between Navadurgas and Ayurvedic herbs..?

Life is going downhill. Why and what to do?