Interpretation: Sutan makes it clear that past good deeds – either in this birth or the previous ones – will only get to hear or have interest in Srimad Bhagavatam. This is because good deeds would lead a person becoming a good human being and a good human being will see God in all his deeds and in lives of others, generate tolerance and have sattvic qualities. These persons would evince keen interest in scriptures like Srimad Bhagawatham. The mind has to be open and clean. There is no use pouring water over a pot that is upside down; the water will only get wasted.

In short, only fertile soil can help seeds sprout. However good seed is, it will not sprout if the soil is not conducive. Similarly, interest in Bhagavatam will sprout only in individuals whose minds, thoughts and deeds are noble and clean.

Translation: When Sri Sukha sat to narrate Srimad Bhagavatam to King Parikshit in an assembly filled with rishis and munis, the Devas came there with a pot containing Amruth.

But one point: Srimad Bhagavatam was written over 3000 years ago if one were to go by the astronomical events described in the text. And it is rather strange that the importance of a week (seven days) figures long before the Gregorian Calendar was invented.

Seven days may have gained significance or reverence from the Saptarishi or seven sages who are extolled at many places in the Vedas. The Vedic Samhitas, the first reference, never enumerated these rishis by name, but later Vedic texts such as the Brahmanas and Upanisads do so. They are regarded in the Vedas as supreme intellectual beings and the patriarchs of the Vedic religion.

The first reference to names of the Saptarishis comes in Jaiminiya Brahmana. They are: Agastya, Atri, Bhardwaja, Gautam, Jamadagni, Vashistha and Vishvamitra. Other texts such as Brihadaranyaka Upanisad have different names. However, what is widely accepted now is the following: Kashyapa, Atri, Vasistha, Vishvamitra, Gautama Maharishi, Jamadagni and Bharadvaja. They bring down to the earth the required knowledge and energies to strengthen the lives of people especially after the great deluge.. They are naturally the most evolved beings in the creation and the guardians of the divine laws.

Post-Vedic texts, like Srimad Bhagavatam, say that the Saptarishis were Manasaputras (sons born out of mind) of Brahma.

In ancient Indian astronomy, the constellation of the Big Dipper (Ursa Major) is called Saptarishi, with the seven stars representing the seven rishis. There is another star very feebly visible within it, known as “Arundhati”. Arundhati is the wife of Vashistha.

Even today, newly-weds look towards Arundhati, though not visible always, and pray for a long and happy married life. It is a mystery though as to how the rishis could see and spot Arundhati as twin stars revolving one another when it is so very feeble in the sky.

Saptarishis are considered to be rishis with the highest creative intelligence and brought knowledge to the earth.

Also Read: A Spot of Darkness Dispelled by A Thousand Suns 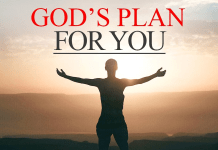