Vastu Tips For Broom: According to Vastu, the broom has an important role in the cleanliness of the house. It is said in the Puranas that Goddess Lakshmi lives in a broom. Therefore, many rules related to broom have been stated in the article.

Vastu Tips For Broom: In Vaastu Shastra, there are many ways to overcome the economic crisis and maintain peace and tranquillity at home. Some important rules related to the cleanliness of the house have also been mentioned in these measures. If these rules are followed then Goddess Lakshmi is always happy and you can also avoid the wrath of Lord Shani. According to Vastu, the broom has an important role in the cleanliness of the house. It is told in the Puranas that Goddess Lakshmi lives in a broom. Therefore, many rules related to broom have been stated in the article. Let us tell you about some important item tips related to broom which you can also bring happiness and peace in your home and improve your financial condition.

When to change broom.

There are many such things mentioned in Vaastu Shastra that should not be kept in the house after going bad. Broom is also included in these things. According to Vastu Shastra, if the broom is broken or is deteriorating, then immediately get it out of the house. If you do not do this and clean the house with a bad broom, then negative energy enters the house. Not only this, but you should also know when you should bring a new broom to the house according to the object. A new broom should always be bought on Saturday. By doing this, Goddess Lakshmi is not only happy, but you can also please Lord Shani.

There is a right time to do everything. You should also clean the house at the right time according to the object. Normally, in the morning, a broom is applied. According to the object, the time of morning is perfect for sweeping. But the broom should always be planted only after sunrise. If you sweep in the dark, the negative energies that enter your house during the night do not come out even after cleaning the house. Therefore, only when the sunrise starts, should you sweep the house. Do not sweep the house after the sunset. Goddess Lakshmi gets irritated by applying broom in the evening and you have to face a financial crisis.

It is written in the Puranas that Goddess Lakshmi does not live in a place that is not clean. Therefore, it is very important to clean the house daily. Along with this, it is also important to keep the broom you clean with the house in the right place. According to the object, the broom should be kept in the room on the west side of the house. If you do this, then all the negative energy present in the house goes out.

Do not do this work with a broom

The broom has been given the status of Goddess Lakshmi in the Puranas. Therefore, one should never put a foot in a broom, nor should he ever jump. Also, you should never keep the broom near the drain. In most homes, the broom is treated like a dirty object and kept near the drain. If you also do this, then stop it from today. This can lead to a loss of money. The broom should never be kept standing, rather it is considered correct in the scripture to lay the broom on the ground.

types of broom to use.

There are various types of broom made of fibre and plastic in the market, but according to the object, the house should be cleaned only with a broom made of the bamboo tree. This makes Goddess Lakshmi happy and there is no shortage of money in the house.

Chanakya Niti: Ego And Lust are the Enemies of Humans

Chanakya Niti: Make a Distance from the Evil People for a Happy Life. 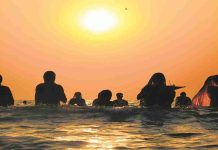 Worship of Sun God will give you strength and success, learn worship method

Chanakya Niti: Want happiness and peace in life, then definitely know these 5 things of Chanakya policy

Chanakya Niti: Acharya Chanakya told the identity of the evil person, told these measures to escape