What this age-old lesson makes clear – far beyond its practical content – ​​is that any act of hurtful judgment has the power to have harmful consequences for our well-being and mental health.

Research published by the University of California at Los Angeles (UCLA) has revealed that experiences of destructive criticism, rejection and humiliation are processed by the same part of the brain responsible for regulating our sensation of pain.

Although it is practically impossible to find anyone who has never made or suffered bad judgment in their lives, the truth is that it is difficult to understand why many people waste so much time savagely censuring others around them.

“The judgment is a way of interpreting the facts according to our system of beliefs and values”, says the psychiatrist and psychotherapist, Vinícius Corrêa da Silva Rocha.

“So it’s understandable that people judge and criticize because that would be the way to interpret other people’s events and actions according to their value system”, he adds.

“Judging is an act that fails to adopt a broad and complex view of the analyzed reality, favouring a simplistic, reductionist and merely objective view of the context”, he explains.

According to her, this behaviour starts from a mistaken concept that there is an absolute knowledge or universal truth that precisely defines what the true essence of something or someone is.

“That doesn’t exist, because the perception is always from ourselves. This idea that there is privileged knowledge is very common among people, especially in the world we live in, in which the unbridled search for ready-made formulas and recipes obscures the subjectivities”, says Maria Clara.

“We learn, almost daily, that we must pursue an objective knowledge of the world, based on crystallized notions of ‘good’ or ‘bad’ to be applied to everything. To assume this logic is, without a shadow of a doubt, a great risk”, evaluates.

“In automatic, the human mind is always evaluating things around us and comparing reality with what we would like it to be. The same applies to people. However, when we realize that this is not possible, the tendency is for us to feel sad, down and without any motivation. And that’s how many people get into a depressive cycle”, he warns.

For many scholars, self-defeating remarks are never meant to be helpful, and that’s why they hurt so much.

“Criticisms without criteria cause negative impacts because they are not based on evidence and are rarely made to help the person criticized. In other words, they do not contribute to anyone’s growth”, highlights psychologist Laís Ribeiro.

Although some argue that criticism is nothing more than a form of freedom, there are marked differences between judging and speaking the truth, explains Vinícius Corrêa da Silva Rocha.

“When we pass judgments we are admitting that there is only one way to interpret reality. This is a fragile way of dealing with the world”, he emphasizes.

“Plato’s cave myth helps us to understand this issue well. If we are conditioned to see only one perspective of reality projection, we tend to refuse other interpretations, even if they are as true or more true. is a necessary mechanism for someone who needs self-affirmation all the time, but it is certainly an ineffective mechanism and full of flaws and counterparts”, observes the doctor.

In the face of all this, is it possible to put aside tenacious criticism and instead adopt compassion when evaluating others?

“Yes, but it has to do with a lot of training and a significant change in the way we see ourselves and the people we live with”, advises Rodrigo de Almeida Ferreira.

“Investing in a more realistic and useful behaviour requires assuming the reality of the other and getting out of our automatic pilot. Only then can we live more lightly and with a focus on empathy”, he summarizes.

Check out some habits to avoid the temptation to judge others harshly :

1 – Always be attentive to observe and describe the facts objectively. The less subjective, the less likely we are to pass situations through our filter and emotions.

2 – Meditate: the more you are attentive and participatory in the present moment, the less your tendency will be to be influenced by emotions.

3 – Be effective. In the end, it’s more important to solve problems than to be right (remembering that your reason may, and probably will be, different from other people’s).

4 – Practicing radical acceptance: being committed to the idea that the world is as it is and not as I think it should be. Thus, it makes no sense to discuss other people’s actions because each one knows exactly the pains and delights of his reality.

5 – Always act with compassion. Before judging, never stop putting yourself in the other’s shoes first. 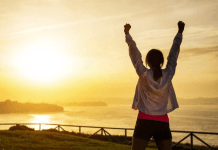 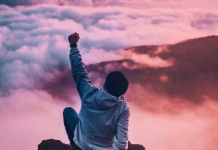 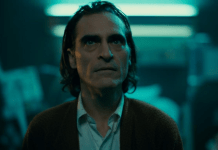 Forgiveness isn’t Dependent on an Apology

Dokkōdō – The Path of Aloneness