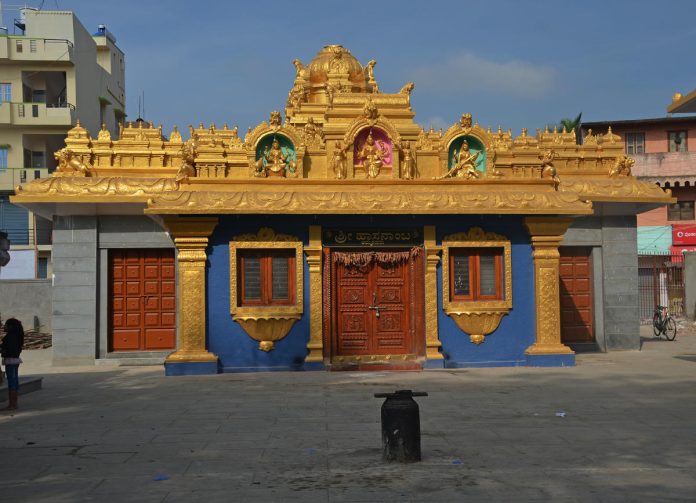 Hassan is located in the heart of Malnad and is a captivating, serene and peaceful city. According to Shailapurana, the name “Hassan” is a contraction or derivative of “Simhasanpura”, associated with Janamejaya, a great-grandson of the hero Pandava, Arjuna (Mysore Gazetteer, Vol. V., 1930, p. 1003). But popular belief is that the place is called Hassan after Hasan-amma Hasanamba, the main deity of the local Hasanamba temple located in the Old City area.

Hassanamma or Hasanamba means, in Kannada, a smiling mother or goddess. In this regard, a traditional story, such as how the goddess Hasanamba was established here, is described as follows: Saptamatrikas (Seven Mother or Goddess), during her journey south from Varanasi (Kashi). Pleased with the natural splendour of the region, She decided to make it her residence. Consequently, f the seven mothers, who were sisters, three settled at Hassan and another three in a tank called Devikere, also in Hassan proper, and were called Hasanamba, while the other one settled in a forest near Kenchammana-Hoskote in Alur taluk and was called Kenchamba (Mysore State Gazetteer, Hassan District, 1971, p. 1). The colloquial name has been corrupted during the British influence in the administration of the erstwhile Mysore State.

The temple is unusual in that it is open to devotees for only one week each year. For the rest of the year, the goddess is left with a silver lamp, flowers, water, and two bags of rice until the following year. Nanda burns deeply (a ghee lamp) throughout the temple’s closing period, the ghee never depleting. The food that Naivedya (rice) offered to the Devi (goddess) at the time of closing the temple is hot and unspoiled when the doors are opened again, a year later. It is revered as a great temple in Hassan.

Every year, tens of thousands of people will visit the temple to obtain the blessings of the Goddess.

Here are the top tourist attractions to see in Hassan:

How to Reach Hasanamba Temple

Hassan is connected by good motorable roads to all the important places and cities in South India Hassan is: 115 km from Mysore 186 km from Bangalore 172 km from Mangalore 65 km from Chikmagalur

Hassan is connected by rail with different cities and places in India.

Mangalore is the nearest airport connected by flights to different cities in India.