Devi, in feminine form, is very kind but when it comes to power we think of Devi as a tiger. In India and Hindu culture, the feminine has always been given great importance and no ritual here is complete without her presence. In this land, in order to consider the feminine energy referred to as ‘Shakti’, temples have been built, each of them having its own significance. Bangalore is a land of rich history and culture and the city has many temples dedicated to the Goddess. Today’s article let us know about some popular and powerful goddess temples in Bangalore.

Sri Choudeshwari has many places but the one at Mattikere is popular among all. Sri Chaudeswari is said to be a manifestation of Goddess Parvati and according to legends she incarnated to kill a demon. During Navratri, people visit this temple to perform Ayudha Puja and Vahana Puja and it is related to faith and tradition.

During Kempegowda’s time, Sri Annamma Devi was considered the guardian deity of Bangalore. It is one of the most powerful abodes of the Goddess due to its spiritual powers and rituals. It is believed that the goddess came as a saviour during smallpox and deadly attacks on the people. The temple has a small sanctum sanctorum and a rock carving of the goddess. The Annamma Devi temple is famous for the Karaga festival held in the city during the month of Chaitra. It is a place where newborn babies are brought for the blessings of the Goddess. Here people religiously visit the temple before proceeding with their married life. As such, this ancient temple is the spiritual centre of the city, which is believed to fulfil the beliefs of the people who come into the presence of the Goddess

This is one of the mystical goddess temples in Bangalore, dedicated to the form of the goddess known to combat black magic. She is known as Pratyangira Devi or Narasimhika. She adorns herself in the form of half human and half lion. The goddess here is worshipped through a technique called Meru Tantra. This temple is located in Subrahmanyapura, Bangalore.

Gangamma Devi Temple, located near the Kadu Malleswaram Temple in Malleswaram, Bengaluru, is the abode of Mother Ganga, who is considered the incarnation of Shakti. Thousands of devotees gather here to witness the annual Gangamma fair and during Navratri, the temple attracts devotees from all walks of life.

Built of red laterite stone in the traditional Parasurama Kshetra architecture, this is one of the rarest Devi temples you will see in India. It is dedicated to Nimishamba Devi, a form of Durga along with the powerful Sri Chakra. The temple has smaller shrines dedicated to Mauktikeshwara (Shiva), Siddhi Vinayaka, Lakshmi Narayana and Saraswati within its premises. This temple is located in Rajarajeshwari Nagar, Bangalore.

It is a 400-year-old temple in Basavanagudi, Bangalore, dedicated to Patalamma, an incarnation of Goddess Durga. Patalamma is the village deity of 20 villages like Yediyur, Siddapur, Kanakanapalya, Nagasandra and others. She is one of the seven extraordinary sisters worshipped by the Dravidians. It is said that the goddess here appeared in the form of Swayambhu. Hence, she is called Patalamma. Patala means underworld and Amma means mother.

One of the most popular temples in the city where Goddess Banashankari is worshipped as an idol. This Devi temple is so powerful that the energy here will make you glow in devotional ecstasy. Another thing that will surprise you about this temple is that worship is done here during Rahukala. Generally, this time is considered inauspicious for worship and prayers.

There is a Plague Amman temple in Thyagarajanagara, Bangalore, dedicated to eradicating plague and smallpox. Although it is Goddess Rajarajeshwari, her health problems have complained when millions of people visited this temple seeking a cure for the plague. For this reason, the goddess here is known as ‘Plague Amma’.

The history of Muthyalamma temple remembers the rescue of thousands of plague patients. This goddess is considered the village deity here. A temple was established here to ward off diseases like plague, pox and cholera. The temple is also popular for the annual Muthyalamma festival, celebrated with all pomp and devotion.

The area named after this temple is one of the most popular temples in the city where Goddess Rajeshwari is worshipped as an idol. History says that Sri Tiruchi Swami enshrined the goddess and today this temple is also known as Gnana Kashi Rajeshwari Temple.

The temple has a serene atmosphere and the tall tower gives a fascinating experience to the devotees. As you enter the temple, a lotus-shaped well greets you, followed by an entrance tower flanked by lions. In the inner sanctum sanctorum of the temple, one can see the deity idol of Sri Rajarajeshwari resplendent with jewels.

The two-decade-old temple is one of the most crowded temples you will see in Bangalore. It is said to be the most powerful abode of Mariamma, a form of Durga followed by thousands. During Navratri, both eyes can’t wait to witness this temple resplendent in its religious beauty. On Fridays and Tuesdays, special pujas are performed and people visit this temple like the ocean. 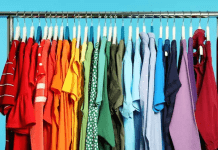