TIBET – Not only mother of Yājūj and Mājūj a mysterious place that Muslims believe, Buddhists and Hindus believe in Shambhala is a mysterious city hidden between the Himalayas and the Gobi Desert. Many believe that the city lies deep beneath the bowels of the earth, Shambhala is a Sanskrit word meaning “place of peace or place of silence” mentioned in Buddhist and Hindu texts.

In Buddhism, Shambhala is specifically mentioned in the Kalachakra Tantra as a unique place that exists within our own planet.

“ Shambhala is a kingdom where the wisdom of mankind is spared the destruction and ravages of time and history, ready to save the world in the time of need,” the commentary of the Kalachakra Tantra states (Collective Evolution).

Traditional Buddhists believe that the place is somewhere in the Himalayan region (Tibet). According to Tibetan beliefs, Shambhala is guarded by a unique being with extraordinary supernatural powers. Some admit to having seen them.

Shambhala located within the Earth is also supported by the Hollow Earth Theory, which states that our planet is mostly hollow, containing important interior spaces that may contain vegetation and life forms.

However, Buddhists are not the only ones obsessed with the idea of ​​Shambhala. The Nazis were also so fascinated by the concept of a spiritual utopia that they sent several teams to search for the legendary place.

As written in many references including speeches of the highest Buddhist figures, the Dalai Lama 1985 mentioned “Although those with special affiliations may actually be able to go there through their karmic connection, it is not a physical place that can actually be found. We can only say that it is a Pureland, a Pureland in the human realm. unless one has actual merits and karmic associations one cannot really get there, The commentary mentions that Shambhala is the most important teaching that Tibetan Buddhists especially have to practice.

This is not because Shambhala is more unique than others, but because the teachings of Shambhala’s spirituality are vital and given to worldly incarnations that can be applied under all human conditions.

Therefore, with Perennial philosophy as a spiritual mirror Shambhala needed to build esoteric awareness in every dimension of human life and appreciate the true meaning of religious substance. 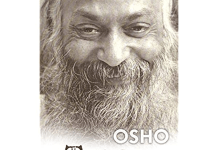 Why 108 is important in Hinduism?