Every person has his own qualities. Similarly, women also have their own qualities. But according to the scriptures, women with these 4 qualities are said to be ideal women, a form of Goddess Lakshmi.

It is impossible to imagine the creation of the universe without women. In Hinduism, women are given the title of the goddess. Women have an important role in the development of society. The qualities of a great woman are mentioned in the scriptures. Women with these four qualities are believed to be ideal women and forms of Mother Lakshmi. Let’s know what qualities of a woman according to Shastra make her lucky.

1. Religious:
According to the scriptures, a pious woman is the element of prosperity in the home. Women who follow dharma know well how to differentiate between good and bad. She shows the right path not only for the family but also for society. A religious woman prevents the family from doing wrong things. If she comes to know that any member of the family is doing something wrong, she will definitely stop it.

2. Wealth Accumulation:
Women who had the quality of wealth accumulation, never let their families sink into crisis. According to the scriptures, a woman should know how to save money. In adverse situations, this money plays an important role in bringing the family out of difficult times. It is believed that a good woman knows how to manage money well. They don’t overspend. Such women use money keeping in mind their current and future financial situation.

3. Sweet speech:
Speech is said to make and destroy relationships. According to the scriptures, a woman who speaks a sweet language is considered lucky for that family. A soft-spoken woman always brings everyone together. Such women deserve respect and always enhance the prestige of mother and mother-in-law, says the scriptures.

4. Educated and Brave:
An educated woman develops not only herself but the entire society. Such women are an inspiration to the entire family. Education breeds courage. A brave woman does not fear in times of trouble. She fights against adversity. It is said that an ideal woman should have a standard of education and courage.

According to the Shastras of Ganesh Chaturthi, Ganesha and Vyasa, a woman with the above qualities will bring good fortune to the family. And she becomes a symbol of family prosperity. Shastra says that every home should have a woman with such qualities.

what should we do every day for the blessings of Goddess Lakshmi..? 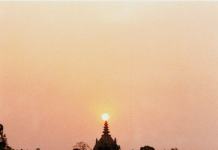 You will lose everything if you do these 10 things at sunset…! 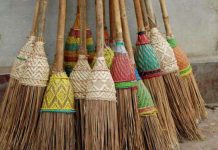 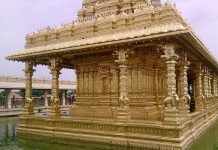 Ganesh Chaturthi 2022: Famous Lord Ganesh temples you must visit to...