In the early and mid-twentieth century, poor Brahmins, orphans and widows used to go to Trivandrum for free meals. They were given two meals free in uttupuras. The most famous uttupura was the one in the Padmanabha Kshetram.

The meals used to be pretty heavy. On the lighter side, a famous Malayalam poet, Kunchan Nambiar once satirized

The history of the Padmanabha Kshetram is intrinsically linked to the famous Marthanda Varma, who surrendered all his wealth to Lord Padmanabha, and thereafter ruled only on His name. Uttupuras have become a thing of the past. Many of the cauldrons, which required elephants to lift, have been sold off. Some can still be seen in the Temple.

The Temple is a landmark in the city of Trivandrum. The very name of the city was derived from Ananta, the serpent on which God rested.

The Darshan of the Deity is from three doors. The Face on the south side, the sacred Feet on the north side and the Navel in the middle from where Brahma appears. The idol is made of 12008 Saligram stones, then covered entirely with gold, and then with an Ayurvedic adhesive. So, no Abhishek aims are done on the main idol, but on another smaller idol kept there. In fact, near the foot of the Lord, you can see the gold visible because the paste has worn out.

The architecture of the Temple is unbelievable. Did you know that the temple flag staff,  built of special teak, later encased in gold, came from a site 50 km away, without touching the ground, on elephants? The famous corridor surrounding the main shrine, took 4000 masons, 6000 labourers, 100 elephants, 7 months to be completed. The mandapam in front of the idol was built from a single stone, granite 2.5 feet thick and 20 feet square. The Temple has preserved the best in Kerala stone architecture. The Temple grounds cover an area of about 7 acres.

There are two festival seasons in the Temple. One in March/April and the other in September/October. Both are ten-day festivals beginning with flag hoisting and ending with Pallivetta (hunt) on the ninth day and Arattu on the tenth day. On the last day the Lord is given a ritual bath in the sea near Shankumugham beach

The Temple is considered to be very rich with six secret vaults. They are called A, B, C, D, E, vaults. Only the B vault has never been opened. The door of the vault is supposedly sealed and guarded by poisonous snakes. The door has images of snakes and Yakshi on it. Many years back, when an attempt was being made to open this door, loud sounds of waves were heard, and the attempt was given up.

How did so much treasure come there? I must, at this stage, tell you a little anecdote. As a young boy, I was visiting the Temple one day, when the authorities asked us to vacate.

The Maharaja had come for his daily prayer. We stood outside. After the prayers, the Maharaja came and washed his feet before leaving the Temple for his abode. Since this was a bit peculiar, we asked why? We were told that the Royal family took care that not even a speck of temple sand is taken away from the Temple. This spirit of the Royal family ensured that all wealth collected remained in the possession of the Lord. Recently the Supreme Court has decreed that the ownership of Padmanabha Kshetram rests with the Royal family.

When you get a chance, do visit this great temple and pay obeisance to the Lord. 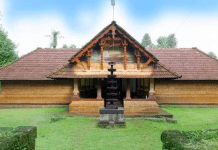 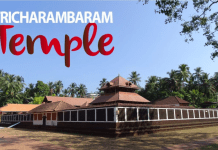 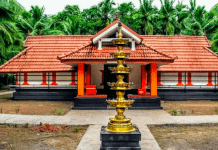 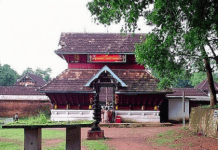