Swami Vivekananda was a Hindu monk who made Hinduism the world’s main religion. We have listed 12 inspirational quotes from India’s greatest spiritual leader.

He is credited with India’s place on the spiritual map of the world because of his famous speech at the World Parliament of Religions in Chicago in 1893, which changed people’s attitude towards India.

Naren’s childhood was greatly influenced by his father’s liberal thinking and his mother’s spiritual and religious temperament. His intellect was evident from childhood when he became the only student to get first grades in the Presidency College entrance examination. He was an avid reader and read books from a wide variety of genres, including but not limited to religion, history, social science, art, and literature. He was also very interested in the Puranas, Vedas and Upanishads. Not surprisingly, Naren was also deeply interested in spirituality and philosophy from a young age and meditated in front of images of deities such as Shiva, Rama, Sita and Mahavira Hanuman.

At the same time, he was a very naughty and restless child, eager to learn. He was also trained in classical music and regularly engaged in physical exercise, sports, and organized events. 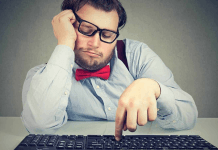