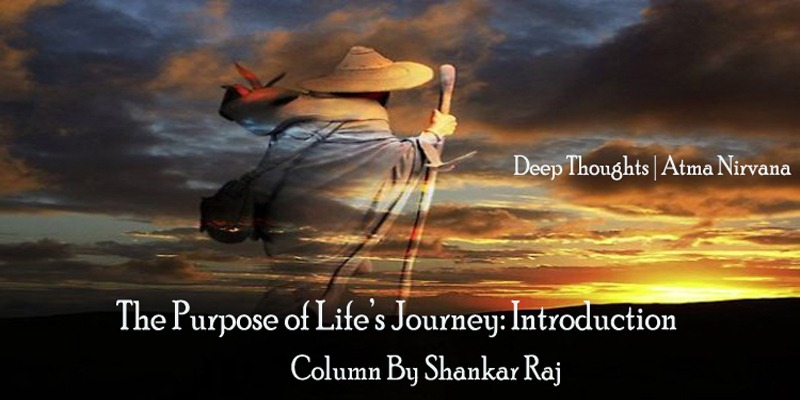 Quite often, in our puranas, we come across question and answer sessions on life and philosophy. This format is easy to understand and relate to, rather than a one-sided preaching on tough philosophical issues.

One such Q&A session is between Vasudeva and Sage Narada. Vasudeva is the father of Krishna, the Supreme Being. Despite being the father of the fountainhead of knowledge, Vasudeva still has doubts in his mind. That is the sign of intellect. Our knowledge, at any point of time or age, is not complete. We need to update ourselves constantly – in any field.

So, back to the conversation between Vasudeva and Narada. But briefly, a little bit of sage Narada, often referred to as Narada Muni. He is believed to be the son of Brahma and Saraswathi. But that is symbolic. Brahma was a deep thinker and Saraswathi is believed to be the source of true knowledge. In that sense, Narada is a combination of meditative thinking and true knowledge.

It is said that he received a curse – that he cannot be in a place for more than a couple of minutes. But Narada converted that into blessing by wandering the wide expanse of the universe – a symbolic reference that travel is a must if you have to gain knowledge. Physical travel is not a must. Travel could also mean going through great religious, spiritual and literary works too.

But Narada did not go for sight-seeing. In every trip, he gained knowledge and information which he distributed to the right person. He was a rowing encyclopaedia, or, in modern terms, a Google or Bing. He not only had a great bandwidth in assimilating and storing knowledge, but also great internet speed in spreading what he learnt.

He had one more quality. He had the great power to create chaos and confusion with just one short sentence or even a word. He would say something very naughty or prick the ego of a person and make people fight. He was a spark-plug of gossip. That is why many Hindus do not name their children as Narada. And you often find people using the phrase: Do not be a Narada.

But Narada’s gossips and the power of creating chaos had an intention – to disrupt lives or conventional thinking. In today’s world, disruption is the master of innovative thinking and products. This is exactly what Narada did in ancient yore. That is why I referred to Narada’s qualities to create chaos and confusion and his power of gossiping as POWER. His words and gossip would churn life and thinking and what would emerge is a superior product.

So, one day, Narada, the roving correspondent, met Vasudeva, the father of Krishna. This was after the Mahabaratha war. Usually, when Narada comes, people first welcome the sage and then ask pointed questions. Vasudeva did just that.

So, the question was: What is Bhagawatha Dharma? Or, the path to rightful living.

Narada did not have to think for long. He starts with Swayambu Manu.

A Manu is the Hindu progenitor of humanity and an astronomical period of time measurement. Manvantara is a Sanskrit word, a compound of manu and antara, manu-antara or manvantara, literally meaning the duration of a Manu, or his life span.

Each Manvantara is created and ruled by a specific Manu, who in turn is created by Brahma, the Creator himself. Manu creates the world, and all its species during that period of time, each Manvantara lasts the lifetime of a Manu, upon whose death, Brahma creates another Manu to continue the cycle of Creation or Shristi, Vishnu on his part takes a new Avatar, and also a new Indra and Saptarishis are appointed. (Ref Wiki) Svayambu Manu was the head of the first Manu called Yagna.

Agneendran had nine children and the eldest was Nabi, who later became Nabi Chakravarthy or King Nabi.

Nabi Chakravarthy had one son, the illustrious Reshabhadevan. He married Jayanthi and had 100 children. The eldest was Bharata after whom a continent called Aajanabha came to be called Bhatarapradesh (believed to be India).

The last nine children of Nabi Chakravarthy were the famous Nava Yogis or Nine Enlightened Souls. They were totally detached, great thinkers endowed with wisdom of life and spirituality.

One day, they happened to enter the Yagna shala of King Nimi of the Sun Dynasty. On seeing the illustrious Nava Yogis, Nimi immediately stopped the Yagna. Yagnas cannot be stopped midway unless someone very superior comes in – ones who are above the goals of the yagna.

After welcoming the Yogis, Nimi decided to utilise the presence of the nine learned yogis to gain knowledge and wisdom.

The first question that Nimi asked was the same that Vasudeva asked Narada: what is Bhagawatha Dharma.

To this, the first Yogi, Kavi, gives the answer.

We shall discuss this in the next column…. Also Read: The Purpose of Life’s Journey – II, What is Bhagavata Dharma?