The Story of Vijayadashami

Vijayadashami is a composite of two words “Vijaya” and “Dashami“, which respectively mean “victory” and “tenth“. In the southern, eastern, northeastern, and some northern states of India, Vijayadashami celebrated at the end of Durga Puja or Navaratri every year, remembering goddess Durga’s victory over the buffalo demon Mahishasura to help restore Dharma. Vijayadashami celebrations include processions to a river or ocean front that involve carrying clay statues of Durga, Lakshmi, Saraswati, Ganesha and Kartikeya, accompanied by music and chants, after which the images are immersed in the water for dissolution and farewell.

The Story of Dussehra

Dussehra, in Hinduism, holiday marking the triumph of Rama, an avatar of Vishnu, over the 10-headed demon king Ravana, who abducted Rama’s wife, Sita. The festival’s name is derived from the Sanskrit words dasha means “ten” and hara means “defeat”. Symbolizing the victory of good over evil. In the northern, central and western states, the festival is synonymously called Dussehra (also spelled Dasara, Dashahara). In these regions, it marks the end of “Ramlila” and remembers god Rama’s victory over the Ravan. On the very same occasion, Arjuna alone decimated more than 1,000,000 soldiers and defeated all Kuru warriors including Bhishma, Drona, Ashwatthama, Karna and Kripa, a significant example of victory of good (Dharma) over evil (Adharma). Dussehra, predominantly a North Indian festival, is celebrated with great fervour and fanfare. It incorporates Ram Lila, a gala theatrical enactment of Rama’s life story. Effigies of Ravana—often along with those of Meghnada (Ravana’s son) and Kumbhkarana (Ravana’s brother)—are stuffed with firecrackers and set ablaze at night in open fields. In these regions, it marks the end of “Ramlila” and remembers GodRama’s victory over the Ravana. 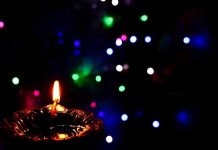 Know these important things related to the broom, with the blessings...