Know between the news of the implementation of the law against love jihad was mentioned in the Yogi Adityanath Speech by UP CM Yogi Adityanath, know how this issue from a century ago. Discussed among lawmakers.

Since the Government of Uttar Pradesh (UP Government) announced a law to stop ‘forced conversion’ under the guise of marriage, the discussion about it has been hot ever since. At the political level, the practice of ‘Love Jihad’ is coming into the mainstream of the law, so people of Secularism are opposing it. But do you know that Anti Conversion Laws in India have a history of more than a century? And how did it reach its present form?

The Yogi Adityanath government of Uttar Pradesh has implemented such a law, so the Shivraj Singh Chauhan government of Madhya Pradesh has also said to make a similar law. After this, this kind of thing was said by the government in Haryana too. Overall, Love Jihad continues to be a hot topic of debate throughout the country. But the most important thing in this debate is whether or not the debater knows the history associated with such a law.

Before history, know that there are nine states of India against conversion to Arunachal Pradesh, Odisha, Madhya Pradesh, Chhattisgarh, Gujarat, Himachal Pradesh, Jharkhand, Uttarakhand and Uttar Pradesh. There are some differences in the rules according to the states, but broadly their layout is the same. There are provisions ranging from fines of Rs 5 to 50 thousand for imprisonment ranging from one to three years in various states for breaking the law.

Some states have more strict laws in SC / ST cases. According to the news, the law recently implemented in Uttar Pradesh, it is possible to imprison for up to ten years. Now know how the story of laws against conversion was from the beginning.

There was a war in British rule

It is said that when Vasco da Gama reached the edge of Calicut in India in 1498, he found that there were about 2 lakh Christians in the region of Kerala. Later, when the British Raj was established, initially the British Government did not give any consideration to the missionaries. But the missionaries had to be allowed in 1837 after pressure in the British Parliament.

The company had turned a blind eye when it came to the law against religious conversion in front of the British Raj, who made a law against practices like Sati and called themselves progressive. The Parsis of Bombay had first filed a petition against conversion to Christianity through missionaries, but no action was taken on it. But, in the 1930s and 40s, many royal princely states enacted laws against conversion.

These laws were made for the purpose of ‘protecting Hinduism from Christian missionaries‘, some of which were the Raigad State Conversion Act 1936, Surguja State Religion Act 1942, Udaipur State Prohibition of Religion Act 1946 etc.

Efforts at the national level after independence At the level of the whole country, after independence, there were efforts to make laws through Parliament, but this could not happen. In 1954, such a bill was introduced, which would have made it mandatory for missionaries to register for conversion, but this bill was not passed. Subsequently, in 1960 a bill was introduced to stop the conversion of the backward castes of Hinduism to Islam, Christianity, Judaism and Zoroastrianism.

In 1979, a bill on religious freedom was again introduced in Parliament, which spoke of a ban on conversion from one religion to another. In 1979 itself, on March 29, there were heavy protests against this bill, in which about 1 lakh people took to the streets. Not only this, in 2015, the NDA government again tried to enact an anti-conversion law at the national level, but the government’s Law Ministry rejected the idea, saying that it was a matter of jurisdiction of the states.

The first two states to enact such a law were Odisha and Madhya Pradesh. After the enactment of this law in Odisha in 1967 and MP in 1968, the Religious Freedom Act was enacted in 1978 in Arunachal Pradesh. However, in 2018, the Pema Khandu government tried to end it because the law in the state has become a mere paper meal.

Along with this, a controversial law was enacted in Tamil Nadu in 2002, but it was also abolished in 2004. When the present Prime Minister Narendra Modi was the Chief Minister of Gujarat, a law was made against conversion in Gujarat in 2003. Such laws were enacted in Himachal Pradesh in 2006 and Uttarakhand in 2008.

What has the Supreme Court said? In 1977, the Rev. Stanislas, a pastor of Raipur, challenged the related law of Madhya Pradesh, on which the Supreme Court had said that conversion is not a fundamental right and states can make their own rules and regulations in this regard. 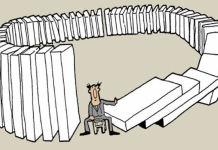 Chanakya Niti: my mind is dirty and the company of evil...

If You Want To Get Success Then Follow These Things.