Translation: Among all the virtues, which is the topmost, among purity which is the most important, what is the path that leads to Krishna? Please tell me.

Interpretation: This is for the first time that the name of Sri Krishna figures in the conversation. Shaunaka and the rishis in Nimeshe probably realised that yagna and pleasing the elements of nature did not give them the mental satisfaction that they were looking for. Moreover, in Kali Yuga, results of a yagna may not provide the desired results or mental satisfaction. The rishis felt that there is something higher that could bring them bliss. This is what Shounaka is referring to as ‘Among all the virtues, which is the topmost, among purity which is most important’. The reference to virtues and purity is a remnant of the rules followed by those who perform yagnas.

Translation: Devas are capable of giving wealth and happiness through Chintamani, but a Guru is capable of taking his disciple to Vaikunta, a place where even yogis find it tough to go.

Interpretation: Propitiating the Devas and elements of nature through yagnas can bring wealth and happiness. But all these are transient. Wealth and happiness can come and go. But only a Guru can take a true disciple to the Supreme, or Vaikunta – the abode of the Supreme. Some say the Vaikunta is the place where the Supreme resides. But in reality, through continuous spiritual practice and guided by a guru, one can reach Vaikunta – a state of supreme bliss. Thus, Vaikunta is not a place, but a state of the mind where you realise God’s presence everywhere; a state of mind where you do not have jealousies, anger, greed and other negative forces. You have love and compassion for everyone and everything. You learn the supreme lesson that there is joy in letting go things, including your attachment to worldly things, thoughts and actions.

All of us need a guru to lead us to higher domains in spirituality. It is often said that you need not hunt for a guru, the guru will seek you when the time comes. Even the Supreme Sri Krishna had a guru. But the question is who is a true Guru? One who has gained not just knowledge, but the one who has transformed knowledge into wisdom, one who is not attached to worldly pleasures or wealth, one who is in tune with nature and god. We shall come to that later in Srimad Bhagavatam.

There is a misconception that Gurus should be well-versed in Sanskrit. Not necessarily. One who is capable of hand-holding you through your journey on earth is your guru.

In this sloka we also come across the word Chintamani. Chintamani is often referred to as a wish-fulfilling jewel within both Hindu and Buddhist traditions. But the origin can be traced to the several Jewels in Buddhist scriptures.

In Buddhism it is held by the Bodhisattvas (divine beings with great compassion, wisdom and power) Avalokiteshvara and Ksitigarbha. It is also seen carried upon the back of the Lung Ta (wind horse) which is depicted on Tibetan prayer flags. By reciting the Dharani (small hymn) of Chintamani, Buddhist tradition maintains that one attains the Wisdom of Buddha, able to understand the truth of the Buddha, and turn afflictions into Bodhi. In Tibetan Buddhist tradition the Chintamani is sometimes depicted as a luminous pearl and is in the possession of several of different forms of the Buddha.

Within Hinduism it is connected with the gods, Vishnu and Ganesha. In Hindu tradition it is often depicted as a fabulous jewel in the possession of the Naga king. The Yoga Vasistha, originally written in the 10th century AD, contains a story about the Chintamani. Courtesy Wikepedia.

Chintamani also figures in Lalitha Sahasranama. In the centre of Maha Padma Vana (the great lotus forest) is Chintamani Griha or the house of holy thought. Chintamani, thus is a gem that reflects holy thoughts – similar to Buddhism.

However, Chintamani does not figure in original Srimad Bhagawatham which has reference to Syamanta jewel. The Hindu Vishnu Purana speaks of the “Syamanta jewel, bestowing prosperity upon its owner, ecapsulates the Yadu clan system”.

But all the reference to Chintamani came after Buddhism. In Buddhism, the Chintamani is figurative meaning a gem that encapsulated the noble teachings of the Buddha.

Thus, the Mahatmyam must have been written during the period of the Buddha.

Also Read: Do not fear Kaliyuga when YOU are the Master 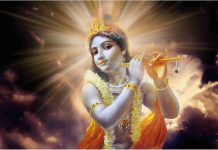 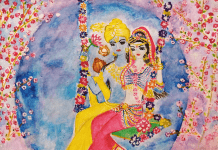 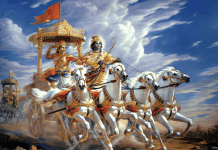 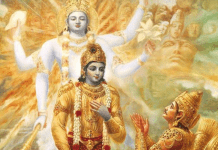