Shri Ram is not just a name, but a symbol of India and Indian civilization. The name Ram unites people from all languages ​​and geographic regions of India. This unification transcends castes and creeds due to respect for the values ​​for which he defended and sacrificed so much. The name of reverence and presence for the deity of all India can be invoked in sports, folk dramas, wedding songs, greetings, literature, stories and many other occasions. The story of Prabhu Shri Ram, the Ramayana, has been published countless times throughout Bharatavarsha over millennia. To name a few of the retellings of this eternal story:

Ramacharitamanas (16th century) by Tulsidas in Awadhi, a dialect of Hindi

Rama was born on the banks of the Saryu river in Ayodhya. His birthplace is considered sacred by millions of Indians and there was a temple dedicated to Ram Lalla, or the infant Ram. In the years 1528–29, Mir Baqi, a commander of the Mughal King Babur, dissolved the temple and built a mosque on the holy site. Such was the conviction of local Hindus that historical witnesses claim that even after the destruction of the temple, Hindus continued to worship at Janmasthana, or birthplace.

In 1853, members of the Nirmohi Akhara occupied the site and claimed ownership of the structure. The frequent outbreak of clashes between communities on the subject eventually led to the division of the structure by the British administration in 1855 for use by Hindus and Muslims. In 1883, Hindus brought the issue to court. This problem continued in the courts of British India, as well as in independent India. Finally, on November 9, 2019, the Supreme Court of India awarded all the disputed land to the Hindu community in a unanimous verdict and thus ended the nearly 500-year struggle to claim Sri Rama’s holy birthplace. done.

The culmination of this fight is indeed a moment of great joy. We celebrate Diwali/Deepavali on the day Rama returned to Ayodhya after his exile and conquered Ravana to free Sita Mata. In the mortal realm, this is yet another homecoming for Rama and of course, every Indian will be filled with the festive spirit of Diwali. Pray that Rama Lala’s return to his holy place will usher in a new golden age for Bharata, a kingdom of Rama

tatha strotasam saumya pavini sarayu sari || (Agastya Samhita, Uttara-Khanda) – Sri Rama, the superior among Raghus, among all Godhead, is the supreme personality of God; Just as the divine Saryu River is the largest of all rivers. 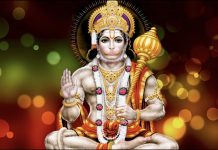 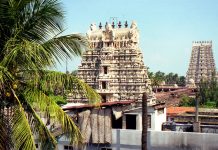 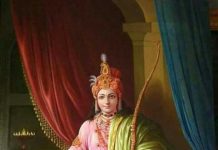 Kesavan – The Elephant Devotee of Krishna