Real Religion is in Realization, not in Blind Faith or Dogma, but in Rationally Striving to Attain the Truth

It is a fact little observed that the major world Religion have more in common with each other than differences.

To begin with, all major world religions, including Hinduism , have their foundation in the theory of one God , who is infinite in His existence, eternal and formless.

Besides the prophets (Jesus , Muhammad , Buddha, Guru Nanak etc.), all unanimously preached the same universal ideals such as love, compassion, truth, peace and justice ; In fact, they were embodiments of these living values.

Religion is the path of realizing God. Living in a universe that is infinitely creative , it is natural that the roads will be many, but they all lead to the same ocean of truth . How can we know an infinite God , if we limit our spirit within the finite limits of race, religion or nation? The only way to really know God is put aside all limiting identifications, and let our spirits soar in union with the Creator and his beautiful and varied creation.

Welcome to the Atma Nirvana’s collection of Wise Religious Quotes!

Jnana yoga, the path of knowledge,

Raja yoga, the path of meditation, and

Vanish, And He’ll make you shine like the sun
Fall, And He’ll raise you to the heavens
Become nothing, And He’ll turn you into everything.’
– Rumi 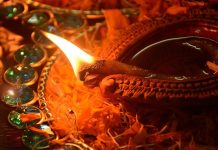