Like Chanakya’s policy, Vidura’s policy is more famous. Vidura has given some suggestions in his policy for the betterment of the human world. According to Vidura, do you know which 3 mistakes we should not make..? Vidura wants everyone to renounce these three qualities.

Vidura holds a special place in the story of the Kaurava-dynasty of the Hastinapura state during the Dwapara era and is said to be the chief secretary of the Hastinapura state and one of the main protagonists of the ‘Mahabharata’. Vidura is considered a moral, just counsellor according to Nyaya. His advice always involves the good of the entire human race. Every piece of advice they give has the objective of human welfare.

1. Don’t do this:
According to Mahatma Vidura, whoever steals, cheats, and robs the wealth of others, no matter how much such people gain by doing evil deeds, in the end, they have to pay a double price for their wrongdoing in one form or another. So Vidura says in his Vidura Niti that one should never steal other people’s money and never cast an evil eye on others’ wealth or power.

2. There should be no doubt:
A man who has no faith in himself and in good works remains by nature suspicious even of teachers. A doubting person distrusts even his own friends. He would certainly be unrighteous by using his friend only when needed and leaving him alone when not needed. So the subject of standing firm in life and not harbouring doubts in the mind is said in Vidura Niti.

3. Abandon these three doshas:
Lust, Anger and Greed These three types of doshas are the paths that lead to hell i.e. miseries. These three are destroyers of the soul, so one should always stay away from them. If you always want to move forward in life and want family happiness, it is advisable to abandon all these three doshas.

4. Control Anger:
Vidura says that those who are excessively angry also have a short lifespan. He said that the person who gets angry the most will suffer bad consequences in the future. A person’s anger is called the gate of hell in the scriptures. Vidura says to keep a lot of anger under control and always be patient. He says that those who are excessively angry will go to hell and their life span will also be shortened.

According to Vidura, if a person has the above 3 doshas then that person can never find happiness and progress in his life. So we should never let these above 3 doshas rule us. 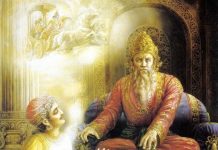 Vidura says a person should never be jealous of these things Vidur Neeti: How to save and manage money? The 2 Ayurveda Teachings That Will Change Your Life

I have achieved nothing in life